EASTER – A Weekend to Remember

Day 1
Day 2
Day 3
Day 4
Day 5
What are the top three words that pop into your head about YOU when you look in the mirror?

And they went out to a place called Golgotha (which means “Place of the Skull”). The soldiers gave Jesus wine mixed with bitter gall, but when he had tasted it, he refused to drink it.

After they had nailed him to the cross, the soldiers gambled for his clothes by throwing dice. Then they sat around and kept guard as he hung there. A sign was fastened above Jesus’ head, announcing the charge against him. It read: “This is Jesus, the King of the Jews.” Two revolutionaries were crucified with him, one on his right and one on his left.

The people passing by shouted abuse, shaking their heads in mockery. “Look at you now!” they yelled at him. “You said you were going to destroy the Temple and rebuild it in three days. Well then, if you are the Son of God, save yourself and come down from the cross!”

The leading priests, the teachers of religious law, and the elders also mocked Jesus. “He saved others,” they scoffed, “but he can’t save himself! So he is the King of Israel, is he? Let him come down from the cross right now, and we will believe in him! He trusted God, so let God rescue him now if he wants him! For he said, ‘I am the Son of God.’” Even the revolutionaries who were crucified with him ridiculed him in the same way.

At noon, darkness fell across the whole land until three o’clock. At about three o’clock, Jesus called out with a loud voice, “Eli, Eli, lema sabachthani?” which means “My God, my God, why have you abandoned me?” Some of the bystanders misunderstood and thought he was calling for the prophet Elijah. One of them ran and filled a sponge with sour wine, holding it up to him on a reed stick so he could drink. But the rest said, “Wait! Let’s see whether Elijah comes to save him.” Then Jesus shouted out again, and he released his spirit. Matthew 27:33-50 NLT

In your own words, what went SO WRONG with the world that the Son of God had to die?

Do you believe you have personal responsibility for some of the sin that Jesus died for?

Lord, as I consider the utter brutality that Jesus endured…willingly…to take the punishment of his enemies onto his own body so he could forgive them and turn them into family members…I am filled with amazement and thanks, since I am one!

Do you see courage as doing what is good even though you are scared? Why or why not?

Early on Sunday morning, as the new day was dawning, Mary Magdalene and the other Mary went out to visit the tomb.

Suddenly there was a great earthquake! For an angel of the Lord came down from heaven, rolled aside the stone, and sat on it. His face shone like lightning, and his clothing was as white as snow. The guards shook with fear when they saw him, and they fell into a dead faint.

Then the angel spoke to the women. “Don’t be afraid!” he said. “I know you are looking for Jesus, who was crucified. He isn’t here! He is risen from the dead, just as he said would happen. Come, see where his body was lying. And now, go quickly and tell his disciples that he has risen from the dead, and he is going ahead of you to Galilee. You will see him there. Remember what I have told you.”

The women ran quickly from the tomb. They were very frightened but also filled with great joy, and they rushed to give the disciples the angel’s message. And as they went, Jesus met them and greeted them. And they ran to him, grasped his feet, and worshiped him. Then Jesus said to them, “Don’t be afraid! Go tell my brothers to leave for Galilee, and they will see me there.” Matthew 28:1-10 NLT

On Friday, Jesus great love led him to the cross. On Saturday, there was an eerie silence. On Sunday, the stone was rolled away.

On Sunday, they found something more powerful than danger.

Are you willing to trust and obey Jesus…even when you are filled with uncertainty?

Security (being uniquely loved) and significance (being uniquely powerful) are two profound needs for every human. How did Jesus provide both in a simple way for the women? Are you looking to Jesus to fill those needs in your life? How?

Lord, thank you for conquering death, forgiving my sin, and sharing your LIFE with sinners like me! Thank you for uniquely loving me and uniquely empowering me to make a significant impact…for eternity!

What is your favorite family picture?

Mary was standing outside the tomb crying, and as she wept, she stooped and looked in. She saw two white-robed angels, one sitting at the head and the other at the foot of the place where the body of Jesus had been lying. “Dear woman, why are you crying?” the angels asked her. “Because they have taken away my Lord,” she replied, “and I don’t know where they have put him.”

She turned to leave and saw someone standing there. It was Jesus, but she didn’t recognize him. “Dear woman, why are you crying?” Jesus asked her. “Who are you looking for?” She thought he was the gardener. “Sir,” she said, “if you have taken him away, tell me where you have put him, and I will go and get him.”

“Mary!” Jesus said. She turned to him and cried out, “Rabboni!” (which is Hebrew for “Teacher”). “Don’t cling to me,” Jesus said, “for I haven’t yet ascended to the Father. But go find my brothers and tell them, ‘I am ascending to my Father and your Father, to my God and your God.’”

Mary Magdalene found the disciples and told them, “I have seen the Lord!” Then she gave them his message. John 20:11–18 NLT

Sermon Insights: Through his death and resurrection, Jesus opened the door by which every member of the human race can enter into the life of God.

If you have given your life to Jesus so you can be forgiven of your sins and made into a new person, having crossed from death to life, do you regard yourself as a brother or sister of Jesus?

Jesus told Mary to tell the disciples about “my Father and your Father” – indicating that his relationship with the Father is now similar to our relationship to our Father. How do you approach God?

Do you embrace the truth that you are loved? Chosen? Forgiven? Free?

Lord, thank you for giving me the ultimate privilege of having Jesus as my brother and God as my Father! Thank you for coming and taking care of me even when I don’t recognize you.

If you could be like anyone, who would it be and why?

The Apostle Paul wrote the following: My old self has been crucified with Christ. It is no longer I who live, but Christ lives in me. So I live in this earthly body by trusting in the Son of God, who loved me and gave himself for me. I do not treat the grace of God as meaningless. For if keeping the law could make us right with God, then there was no need for Christ to die.

Oh, foolish Galatians! Who has cast an evil spell on you? For the meaning of Jesus Christ’s death was made as clear to you as if you had seen a picture of his death on the cross. Let me ask you this one question: Did you receive the Holy Spirit by obeying the law of Moses? Of course not! You received the Spirit because you believed the message you heard about Christ. How foolish can you be? After starting your new lives in the Spirit, why are you now trying to become perfect by your own human effort? Have you experienced so much for nothing? Surely it was not in vain, was it?

I ask you again, does God give you the Holy Spirit and work miracles among you because you obey the law? Of course not! It is because you believe the message you heard about Christ. Galatians 2:20–3:5 NLT

You can substitute the Jewish “keeping the law” for the American standard of “being a good person.” In other words, “IF BEING A GOOD PERSON could make us right with God, then there was no need for Christ to die.” How has your FAILURE paved the way for you to repent (turn to God) and ask for his forgiveness?

The early Christians who grew up Jewish were defaulting to their old ways of perfectionistic rule-keeping, judgmental social circles, and pride-filled religious scorekeeping. Following Jesus means humbling yourself and genuinely taking care of your neighbor. Are you being careful to follow the Holy Spirit’s promptings in these two areas? What happens when you don’t?

Lord, thank you for patiently working with me despite my tendencies to let my heart grow prideful, cold, and disconnected. Please help me be humble towards you so that you can effectively love my neighbors through me.

What event changed your life the most?

The Apostle Paul wrote: Because we understand our fearful responsibility to the Lord, we work hard to persuade others. God knows we are sincere, and I hope you know this, too. Are we commending ourselves to you again? No, we are giving you a reason to be proud of us, so you can answer those who brag about having a spectacular ministry rather than having a sincere heart.

If it seems we are crazy, it is to bring glory to God. And if we are in our right minds, it is for your benefit. Either way, Christ’s love controls us. Since we believe that Christ died for all, we also believe that we have all died to our old life. He died for everyone so that those who receive his new life will no longer live for themselves. Instead, they will live for Christ, who died and was raised for them.

And all of this is a gift from God, who brought us back to himself through Christ. And God has given us this task of reconciling people to him. For God was in Christ, reconciling the world to himself, no longer counting people’s sins against them. And he gave us this wonderful message of reconciliation. So we are Christ’s ambassadors; God is making his appeal through us. We speak for Christ when we plead, “Come back to God!” For God made Christ, who never sinned, to be the offering for our sin, so that we could be made right with God through Christ. 2 Corinthians 5:11-21 NLT

Do you work hard to persuade others to follow Jesus so they can have life in his name?

Jesus died so those who receive his new life will no longer live for themselves but will live for Christ. Do YOU live for yourself or for Christ now? What does that look like today?

If you are a Christian, you get to be an ambassador for Jesus. Do you take this seriously?

Lord, thank you for no longer counting our sins against us. Thank you for giving us new life through your death and resurrection! 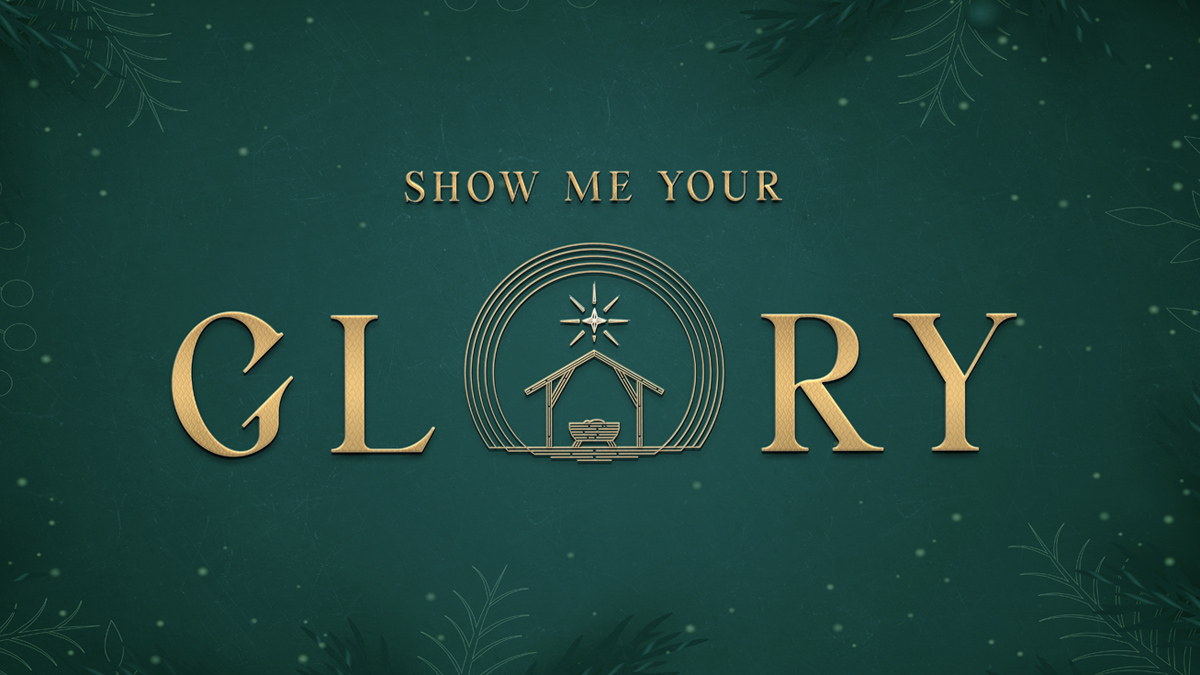 Show Me Your Glory: Goodness 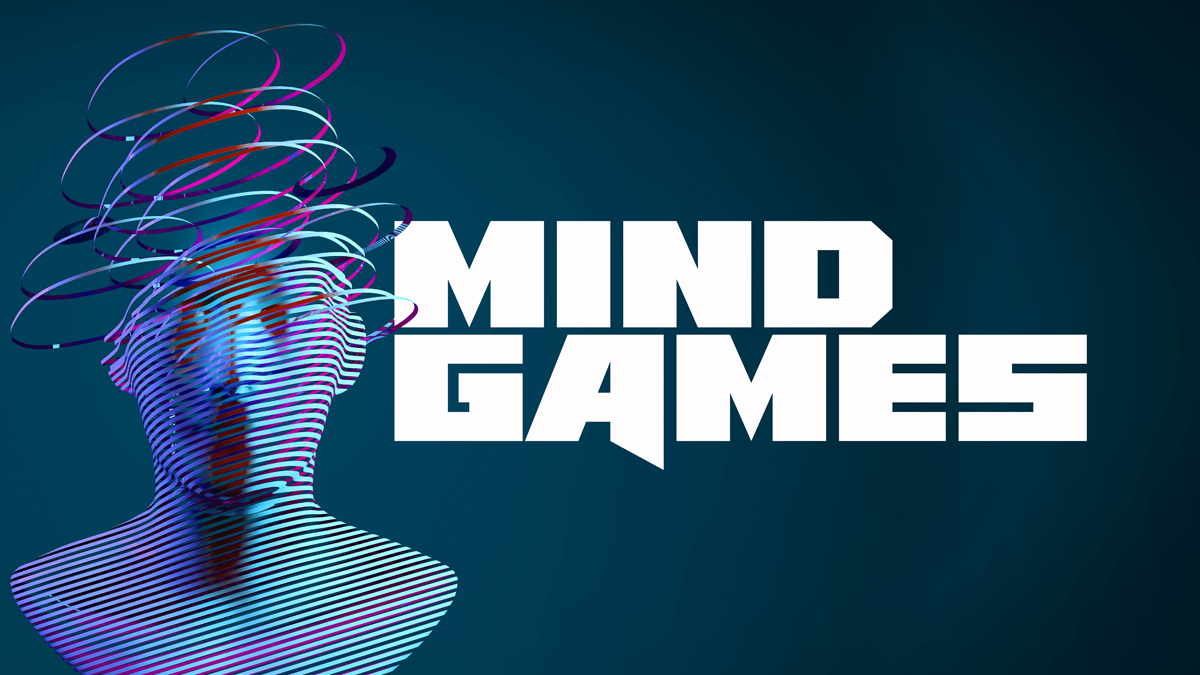